Now that ripping all my PS2 games onto customized non-Sony HDD with 48-Bit Patched HDD OSD 1.10U (Browser v2.00 update) is out of the way, I was thinking about how can I ripped all my Playstation 1 games onto the same PS2 HDD - 2 for the price of 1 especially with my PS1 favourite games - Gran Turismo series, Road Rash, etc.

I'm not so sure while to start, so I Googled "how to install PS1 games onto PS2 HDD?" on the net, somehow I saw [How To] Play PSX (PS1) Games Off of USB on PS2 Using PS2PSXe Tutorial - YouTube video while reading all the following links below:

I've decided to give a try with PS2PSXe Emulator, but first I need to use ImgBurn software to rip all my PS1 collection into *.BIN image files - NOT *.ISO files while looking for anything to transfer PS1 image files back and fourth from PC to PS2 and visa versa, so far I've found the following items in my bedroom: 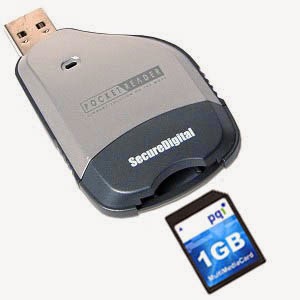 In the end, I've used USB Pocket Reader SD & MMC Card Reader / Writer CR-T2 UD w/ pqi 1GB MultiMedia Card as shown above, purchased exactly 10 years ago, back in 27th May 2004 when I've purchased 2nd Nokia N-Gage came with extra accessories from eBay via PayPal. Damn, it brings me back lots of good and happy memories with that phone especially playing Tom Clancy's Splinter Cell Team Stealth Action using my 2 Nokia N-Gage phones during tea & lunch breaks while watching TV on my Sega Game Gear with TV Tuner at Willesden Homebase. During that time, oh, boy! I was in love and completely obsessed with Nokia N-Gage phones from the start I first purchased brand new when its first come out in the shops, spending £229.99 on 7-10-2003 in Carphone Warehouse - Camden High St (still have the original invoice receipt), as well spending additional £59.90 for phone insurance, couldn't wait to buy it and didn't care how much it cost, just really desperately wanted one so badly, earning quite a lot of money these days from Homebase and other jobs, so I just bought one in a flash with full of excitement and disappeared right out of the shop, couldn't wait to open the box on the bus without leaving a trace that sales person didn't have a single chance to bring on additional sales patch in front of my face. My only regret was that I should have purchased 2 of them in the USA for the same price that I've paid for only 1 in the UK. 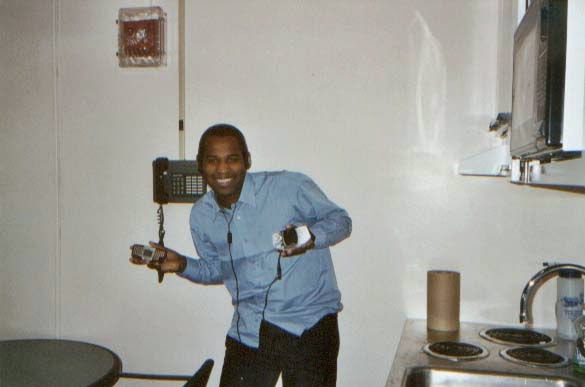 Instead, I've bought Sonic N game on while I was in the USA (I loved it very much) for my very 1st time, carrying both Nokia 5510 (Red) & Nokia N-Gage phones with me (as shown pic above) while visiting and staying in with my auntie in Pittsburgh, PA on 15-11-2003 16:32 for $32.09 ($29.99 + 7.000% PA State: $2.10) from Electronics Boutiue #660 - 3075 Clairton Rd, I love this phone very much, it has everything that I want on the phone such as email, WAP, messaging, playing games, listening to MP3s especially with the Repeat function (only works with the original firmware: V 3.30 28-08-2003 NEM-4 installed otherwise the Repeat mode will caused to malfunction if any firmware updates installed such as V 4.03 26-11-2003 NEM-4 etc), listening to FM radio, works in the USA via tri-band GSM, Bluetooth, calculator, converter, taking notes, calendar, watching video clips, viewing pictures and I don't want camera phone as the phone pixels is not good enough, producing very poor quality pictures. In my opinion, this is one of the best handheld gaming mobile phones that Nokia has ever made, that I've purchased 3 of them (as shown pic below), currently I'm owning a total of 6 Nokia N-Gage phones!! 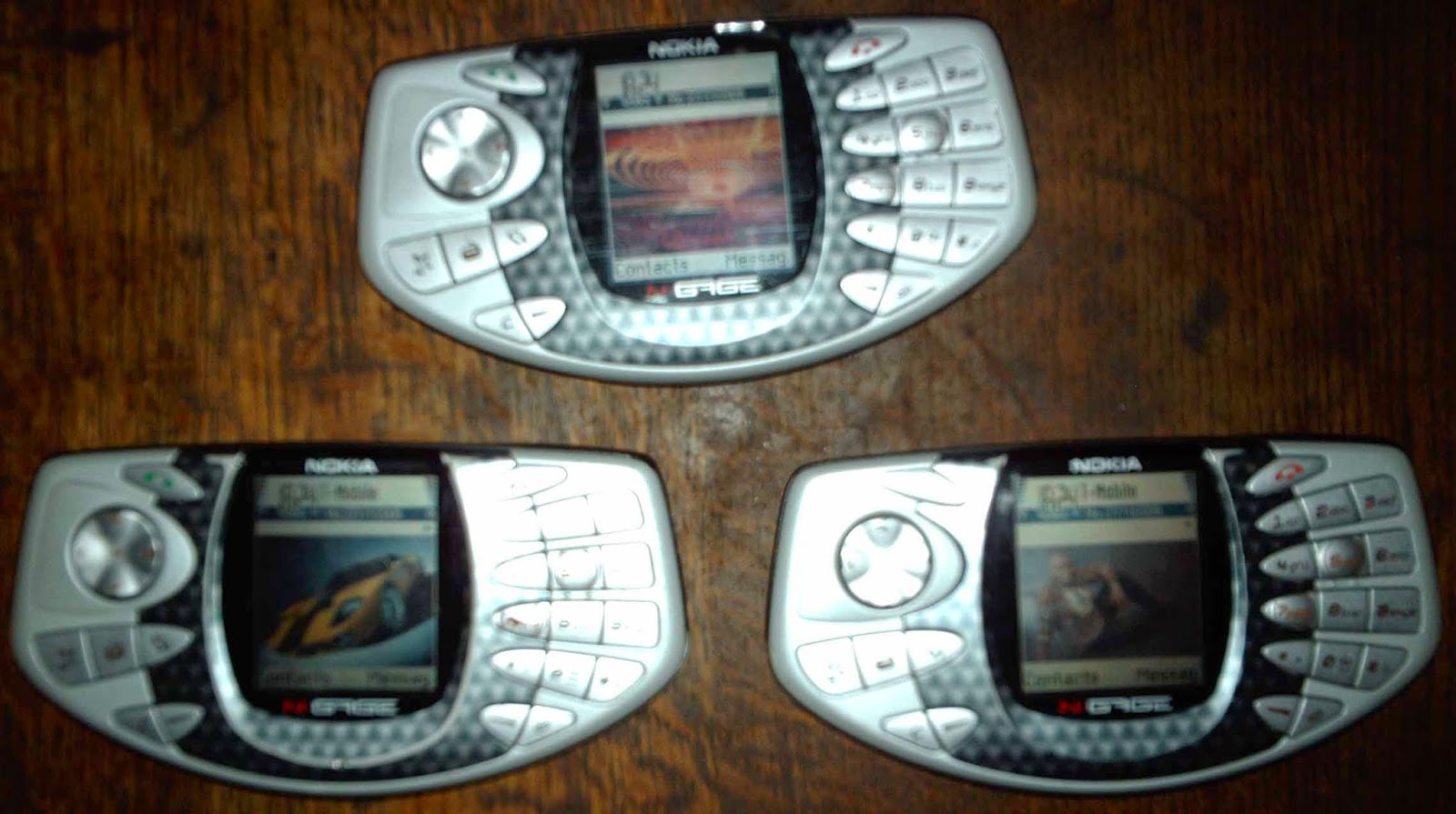 Its much better than Nokia N-Gage QD, as I hath it so much as soon when they are first mention that N-Gage QD is released in the shops.

Anyway, enough with the trip down to the memory lane and get back to unfinished business with PS2PSXe...

From there, I've followed the [How To] Play PSX (PS1) Games Off of USB on PS2 Using PS2PSXe Tutorial video while reading PS2PSXe Developer's Tutorial especially with Internal HDD (Phat PS2 Consoles Only) instructions to setup the PS2PSXe onto my PS2 HDD with 7GB (7168MB) data partition created for a total of 6.48 GB of 10 x PS1 games including Gran Turismo 2 double discs as show in the following table below:

Removing the MMC card from the pocket reader and put the card directly into PC's MMC / SD Card reader, as it's more quicker than using both MMC card in the pocket reader at the same time, but when the copied done on PC, I just remove the MMC card from the PC and put the card in the pocket reader and transfer it to PS2 USB port using uLaunchELF software via Free McBoot to cut and paste from 1GB MMC in USB pocket reader onto PS2 HDD and repeat the same process again and again until all the PS1 image files are fully transferred onto PS2 HDD. After all of that, you should have got both PS1 & PS2 games stored on customized non-Sony HDD - 2 for the price of 1 strikes again!!

While I was having flashbacks about used to playing FIFA 97 on Packard Bell 9021 XE PC with Comix Zone and it was one of my very only favourite FIFA game out of the other FIFA series. Originally, I purchased FIFA 97 on Sega Mega Drive.

Unfortunately, it's not the same as PC Version, so I've purchased another copy of FIFA 97 on 28-09-14, this time it's PS1 version, after I try it out while playing it a little, just to see it's the same or not!

YES!! It's That's exactly the same as PC Version, since I decided to keep it and added it to my PS1 Games collection, I've followed the same procedure as shown above for copying and transferring FIFA 97 game from PC to PS2 HDD and guess what?

My PS2 crashed as the file didn't fit with only 384.7MB space remaining on PS1 HDD partition, so I had to increase my PS1 HDD partition space to 7.68 GB (7680MB) using Expand option in HDDManger from uLaunchELF software and tried the same copying and transferring FIFA 97 game procedure again - another 25 minutes. Fortunately, this time it fits with 480.5MB space remaining and started playing PS1 FIFA 97 game from my PS2 HDD - "Good evening..... ....Welcome to FIFA 97 Indoor Soccer", "ITS A GOAL!!!" Lovely and sweet... Lovely and FIFA 97...
Posted by Jonathan Erskine-Nartey at 16:30 No comments: